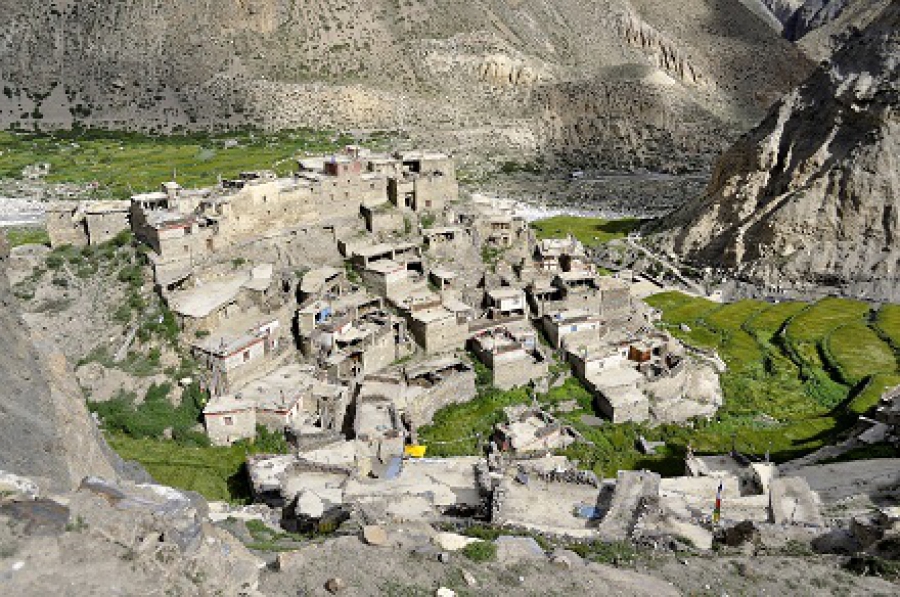 A journey to the villages of Nar and Phu is suited to trekking enthusiasts in search of a new adventure away from well-trodden areas. Located north of the Annapurna Range in Manang, L.N. Treks will take you through a wild valley and snow leopard territory.

Declared an official tourist destination in 2002 by the Nepalese government, this newly opened up area has received few western visitors. On this new trek, both you and the residents of the villages will have a genuine feeling of discovery.

Nar and Phu are the most remote villages in Manang. To reach them, you leave the village of Koto and cross the high altitude, Kang-la Pass (5306m). Nar is two days walk from Koto, Phu takes three days and the trek finishes in the village of Ngawal.

The route’s unique position near Annapurna will give amazing views of many peaks above 7000m, many of which have never been climbed. Views of Mount Kanggaru Himal and Chulu East are also wonderful.

The scenery is rich with pine forests, lakes, waterfall and rushing rivers. In the summer, these are decorated with blooms of wild flowers. The trail also passes through the habitat of blue sheep, yaks, snow leopards, the Himalayan Snow Cock and many species of birds.

You will see the deep gorge of the Lepche River known as Mahendra Pool and the stunning Dona Waterfall. You can also take relaxing bath in the hot springs near Hulaki Odar (Postman Cave) where the water is supposed to heal skin complaints.

People in Nar and Phu are friendly, hardworking and rely on farming. In the winter, many migrate to the mid-hills and urban areas, returning when the weather warms. Their free time is usually spent making handicrafts and food consists of the polenta- like dhindo and dal bhat.

Manang lies close to the Tibetan border and this neighbouring country strongly influences the area is culture. Remnants of Tibetan refugee camps scatter the trails and life here revolves around Buddhism. In Nar and Phu, there are several monasteries (gompas) in which villagers worship (puja) when there is a new and full moon. Tashi Lakang in Phu is supposed to be the last gompa constructed by the Karmapa Rimpochhe spiritual leaders.

Many festivals are celebrated throughout the year in the villages; some are religious and others celebrate seasonal changes. At these times, Nar and Phu come alive and party with music, dance, costumes, horse riding and feasts.

L.N. Treks knows the area well and has many local connections that will ensure your trek and stay in the villages is enjoyable.
14-25 days tea house & Camping trek